While summer may not be a season that everyone enjoys fully, after a solid month of clouds and rain, even they probably get a bit squirrely. If you want to feel the hot sun on your skin and smell the sweet breeze filled with blooming life – but can’t – maybe a bit of anime can help? Sure, it’s not the same as actually frolicking on a summer day, but a lot of anime series can be evocative of that summer feeling. 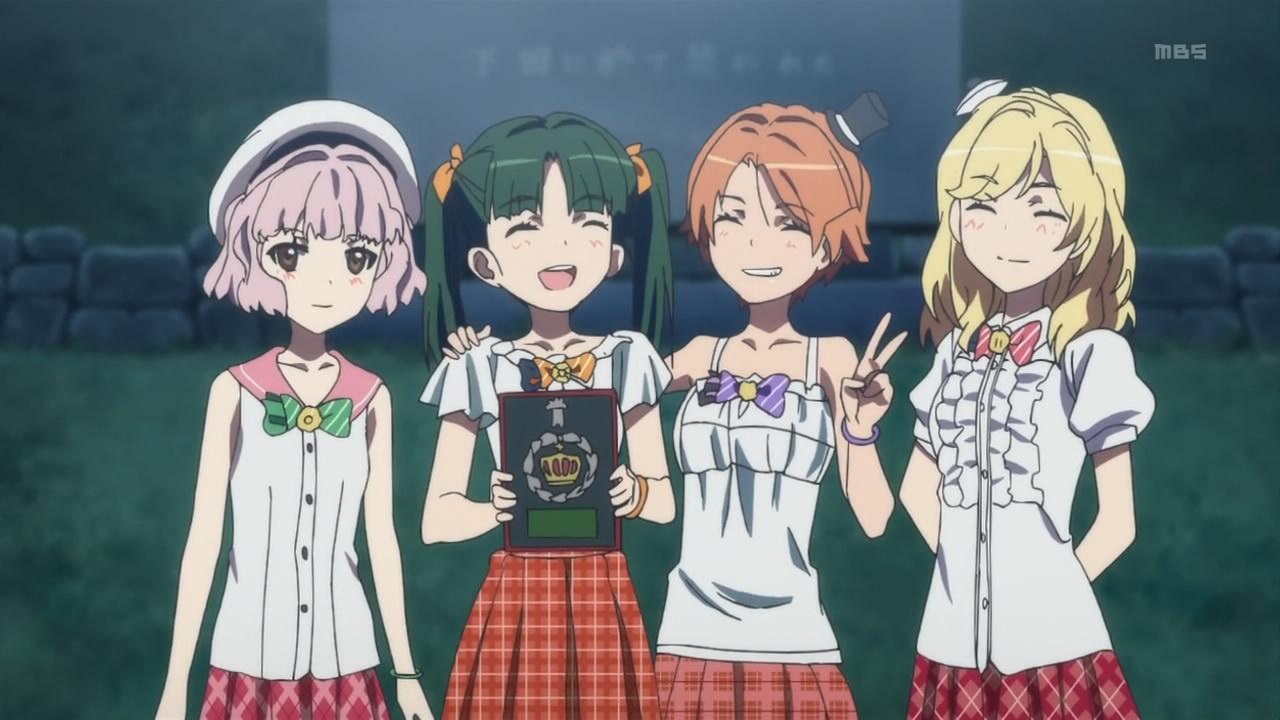 For school children, summer is a great time because of summer vacation, and Natsu-iro Kiseki takes full advantage the scenario by adding a bit of a twist to it. At its core, the show is school children trying to make the best of what seems like their last summer together. 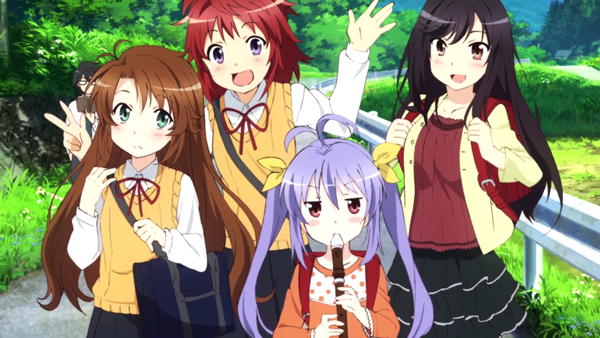 When someone says they want an anime series with a strong focus on natural visuals, I always recommend the often unassuming Non Non Biyori is a slice of life anime about a group of school girls goofing around in their rural town. However, right from the beginning this show places a huge emphasis on the nature. The sounds, the sights – you can practically feel the sun on your skin. 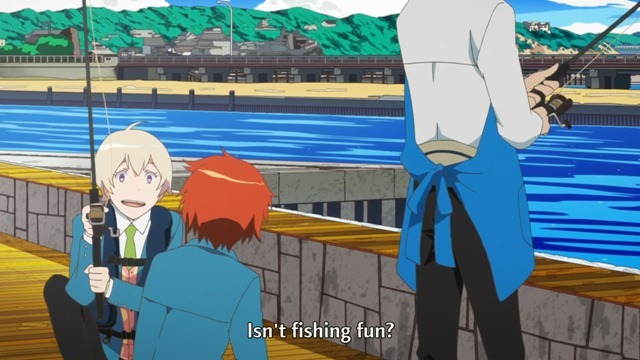 Combining the two unlikely themes of fishing and aliens, Tsuritama tells the tale of weirdness that goes on in a small seaside town. It has got a lot of nice laughs, but most notable in this series is the vibrant color palate that makes every ounce of the city a beauty. 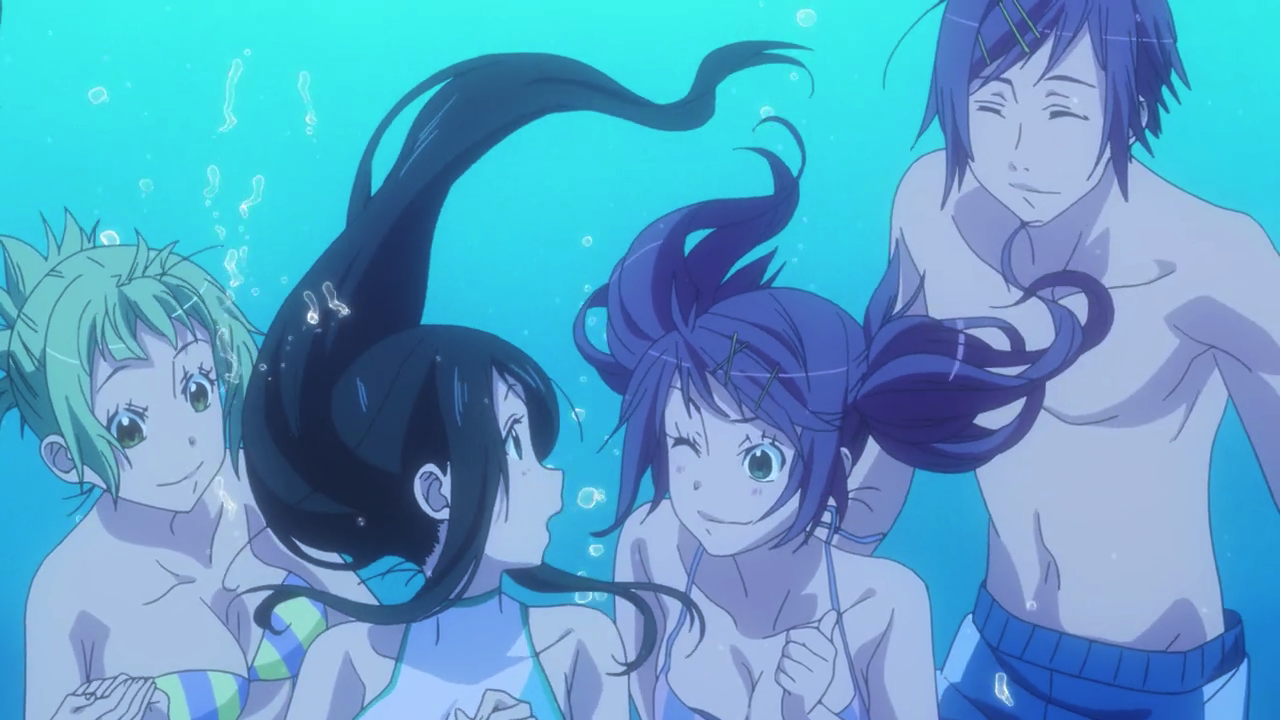 This series focuses on diving. Even if you know nothing about diving, you will know to be able to do so well, it is better done on sunny days. As such, there are a lot of nice days and beach outfits, despite also featuring one of the weirdest school uniforms I’ve seen in anime. Of course, the best scenery is found underwater in this show. 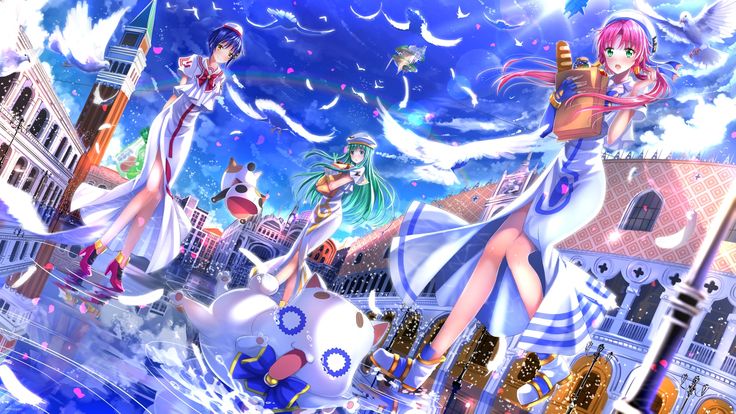 Despite Aria taking place on another planet covered by water, it has definitely got those summer vibes. The whole series is about tour guides that operate gondola tours on a water planet. A tour guide’s job is all about trying to show people how beautiful their surroundings are. 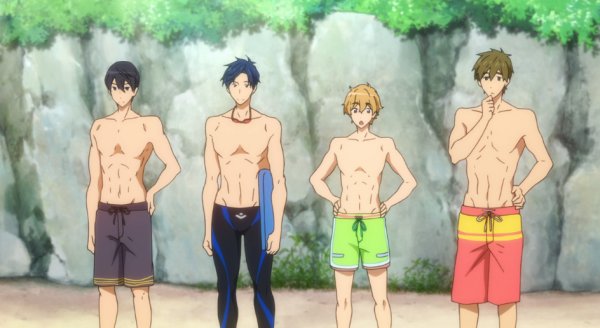 While the lovely female fan service in Free that comes from men in their tight swim clothes with glorious glistening skin may be too much for some, it is a great summer series. In order to make the fan service work fully, it needs a lot of sunshine and sparkling water. 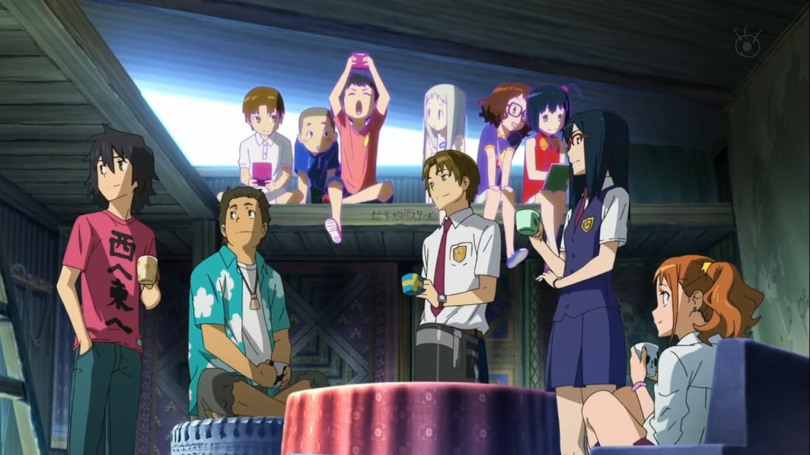 Many shows that have a nice summer vibe usually lack much of a plot aside from frolicking. However, if you don’t mind being punched in the feels, Anohana has both great plot and a series of nice summer visuals.

Higurashi: When They Cry 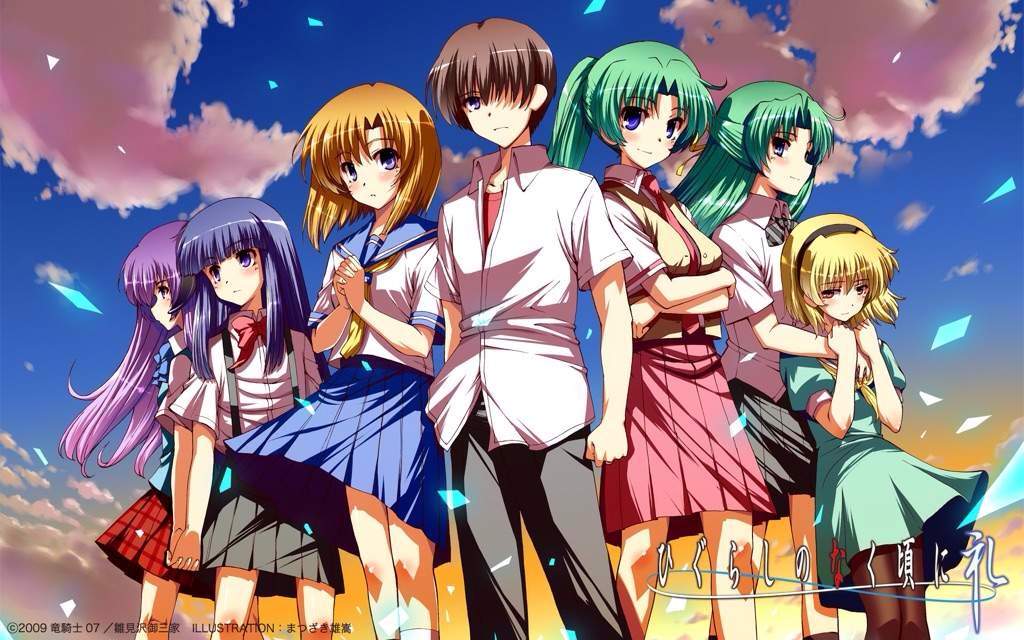 Fair warning, this series is of the horror genre and can be pretty brutal with it at times. However, if you don’t mind brutality, and like mystery, this series is also highly summer evocative. Most notable is the sound of cicadas that is so deafening at times, which is the quintessential summer sound in Japan right besides wind chimes. 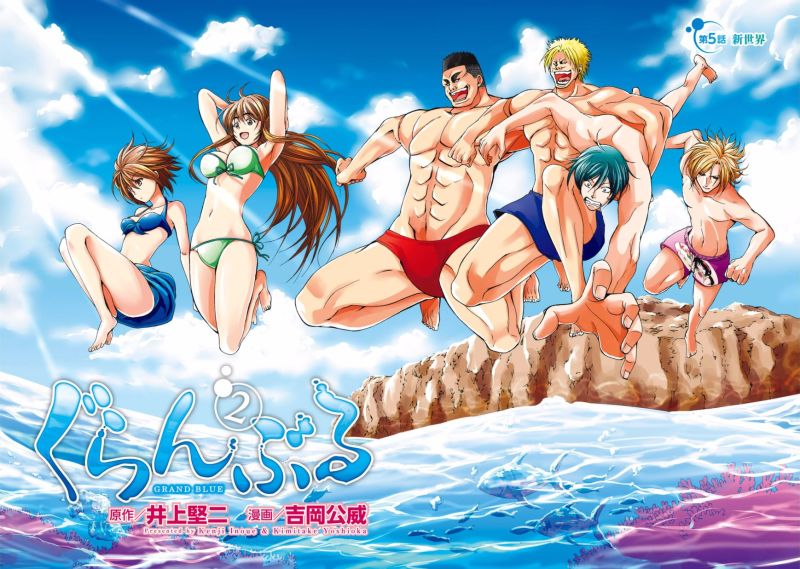 While not all of the series takes place in summer, much of the series focuses on the most beloved of summer activities – drinking beer by the seaside. Grand Blue is a random comedy focusing on a bunch of folks in college so the humor is a little older. 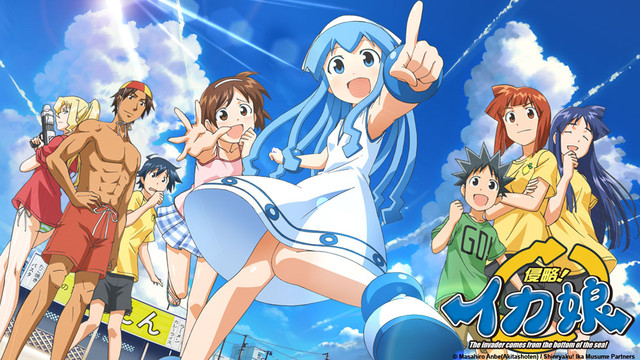 Like many of these other series, Squid Girl succeeds at being a really great comedy, but also captures the feeling of summer really nicely. It is about a creature from the ocean, after all. Unfortunately, she falls prey to humans in a comical way. 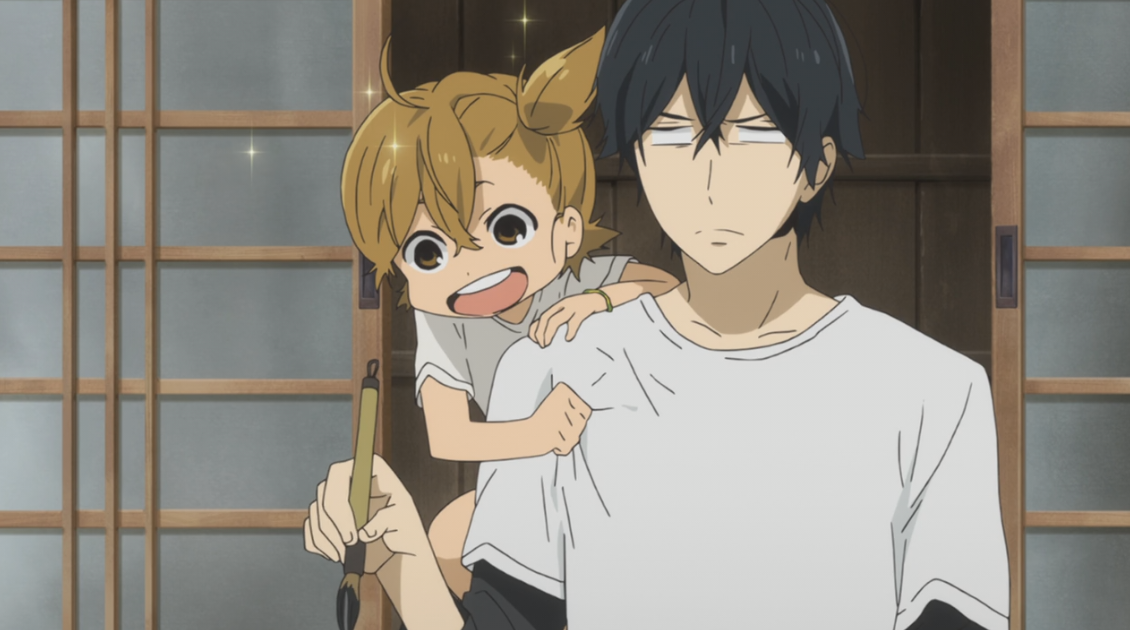 After an anger incident, the main character is sequestered to a rural island. Over the course of the series, you watch him rehabilitated by a bunch of meddlesome kids. It is a lot of adventuring, bug catching, and other quintessential outdoor kid adventures. 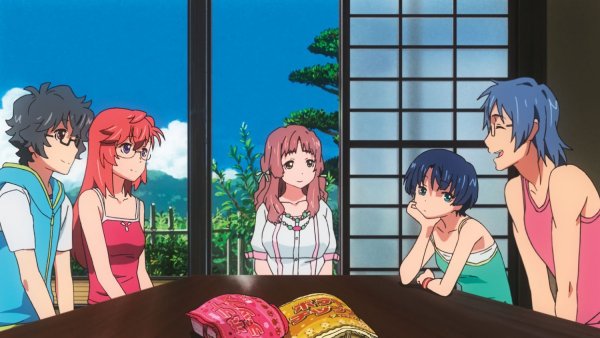 While it also has a little twist to it, Waiting in Summer is very much about a group of friends trying to make the most of their summer vacation. Of course, as a group of mixed gender, there is also a lot of drama that comes out.

Gargantia on the Verdurous Planet 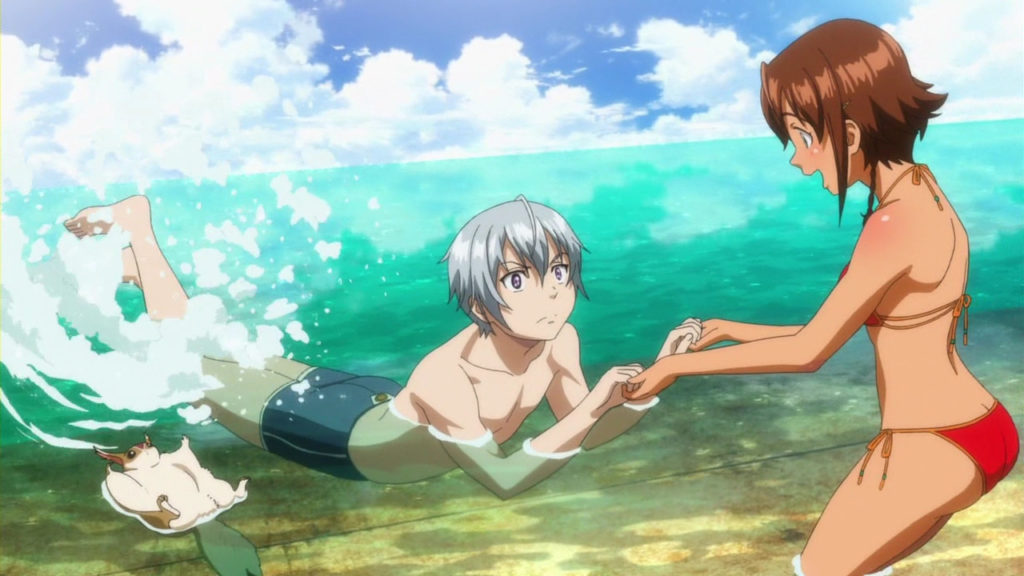 It may be sci-fi, but Gargantia on the Verdurous Planet is summery as fuck. It is about a human that has only known space crashing on a water planet where he takes up with other humans that live on a big flotilla. It’s essentially like all those anime series that take place in a seaside town, but more post-apocalyptic waterworld in nature.

Do you have any more summery anime series you would recommend? Let fans know in the comments section below.